Continuing remarks feature this time on the original LP notes as cited by Fred “Kermit” Dellar in November 1995 in the CD insert.  The notes have just referred to the three brass men in the band, one of whom is Dick Heckstall-Smith; all three are said to have been brass men in John Mayall’s Bluesbreakers.

We now come to the third of these three, Dick Heckstall-Smith, whom I had first come across as a member of Jon Hiseman’s band Colosseum.  Probably this group’s most famous LP is “Valentyne Suite”: 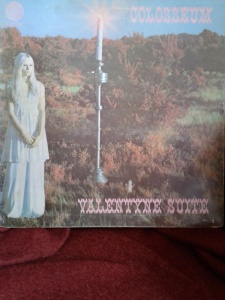 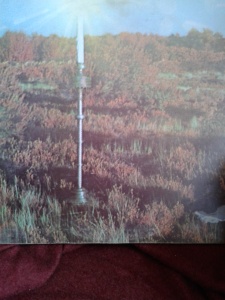 Back cover of LP (gatefold)

Jon Hiseman wrote the notes for the LP on 21 July 1969, which as he points out, coincided weith the first moon landing.  This is a section from those notes; the “Dick” referred to is of course Dick Heckstall-Smith, who went on to make music with a variety of notable people throughour most of the 1970s: 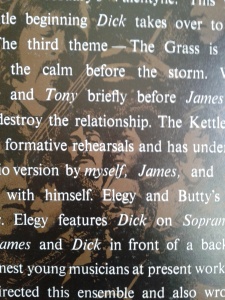