Buying the LPs sampled on “Nice Enough to Eat” – the final furlong.

More on the “Collectors’ Edition” CD.

Finally, the bonus tracks, of which there are 4:

These are on the whole self-explanatory, but the first merits some explanation, which can be found in the liner notes for Halcyon Days, which also includes a version of the song:

“Mirror Mirror Another early song; a version of this was recorded in the first Joe Boyd Kip sessions in January 1969, though this take comes from a Heavy Petting session the following November.  Ivan: “I was trying to study a bit of amateur cosmology, reading ancient texts in Marsh’s Library and looking at the world through Stephen Strange’s eyes.  Also, in retrospect, I detect nuances of my friend Andy Anderson (see Dramatis Personae, Catman) in some of the spoken lines.”  The closing quote about the universe is from one of Ivan’s library books, Charles Hutton’s Mathematical and Philosophical Dictionary (1795).  Jay Myrdal guests on glockenspiel.”

A good third of Page 10 of the “Colllectors’ Edition” booklet is devoted to Jay Myrdal, if you want to know more about him. 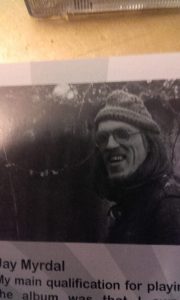 This post concludes the “Buying the LPs sampled on “Nice Enough to Eat”” series.  I have enjoyed doing it immensely, and might just try the same trick with another sampler at some point.

As indeed I did!  Not quite finished yet with the Good Doctor, though, as since the original publication of these posts, I got YET ANOTHER copy of the album!