Buying the albums sampled on “You Can All Join In”. (The last one!)

In this final post in this long and, for me, most enjoyable series, we take a look at the five bonus tracks on the expanded CD.

Track 11 is “Here We Go Round The Mulberry Bush”, an absolutely wonderful pop song from the summer of love, 1967, and the title music for the film released that year of the same name.  It was released as a single, which I remember hearing on the radio when I was 11 years old and had just left Junior School.  I have this single: 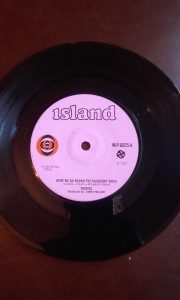 As you might be able to see, the B side is “Coloured Rain”, which is not on the expanded CD, but which I did already have on “Best Of Traffic” [see way above].

Track 12 is a song from that film called “Am I What I Was Or Am I What I Am”, which is a brilliant rock/pop song in the classic Traffic mode; it is a great shame that it only ever seems to have been released on this CD.  It deserves a far wider audience.

Track 15 is “Withering Tree”, which was the B side of the single release (WIP 6041) of “Feelin’ Alright?” [see above].  It is a magical, languid song of immense beauty and attraction in its own way.  I did have this already on my second hand vinyl copy of ” Last Exit”. 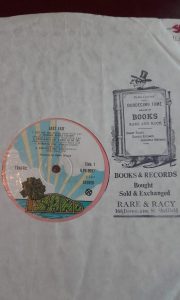 The final two tracks are respectively the A and B sides of single WIP 6050, “Medicated Goo” and “Shanghai Noodle Factory”, both of which tracks I already had on “Best Of Traffic”.  The first is a wonderful, cheerful, upbeat pop song; the other is a lazy, slow, heavy stroll, but very good to listen to.

Here we leave “You Can All Join In”, but what a wonderful journey it has been.