This time we continue with the prosaic notes on the back of the cover of the US version of the LP:

“Three or four years ago, Robin Williamson was singing traditional Scots ballads, Clive Palmer was playing ragtime banjo and Mike Heron was in an r&b group.  Robin and Clive met and formed a duo by just that name and they played mostly American old-timey music and a kind of bluegrass version of Scottish traditional tunes around the Edinburgh and Glasgow clubs.  Late in 1965 they added Mike Heron and became The Incredible String Band.  By that time both Robin and Mike had begun to write songs and soon the Band’s repertoire consisted of mostly originals, accompanied by the banjo, guitar, fiddle, pennywhistle, and mandolin.  Shortly after this record was made, Robin went to Morocco and Clive went to Afghanistan.  When Robin returned, he and Mike began working as a duo, performing and writing songs together and Clive, full of Indian music ideas began playing on his own.

We will finish off these notes next ISB time.  Meanwhile, a couple of pictures from those early days: 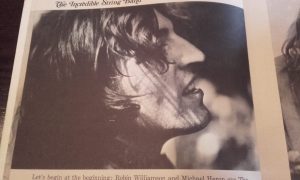 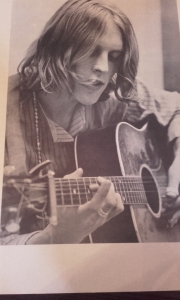